At the April 10, 2006 Rogers Park Community Council meeting, CRW (a local civil engineering company under contract with the Municipality of Anchorage) presented the status of their East Northern Lights Sound Barrier Project.

Due to funding constraints, the project will be constructed in phases.  CRW is currently designing the first phase of the work, which includes a sound barrier on the north side of Northern Lights between Glenwood and Maplewood, and on the south side of Benson between LaTouche and Rogers Park Elementary. 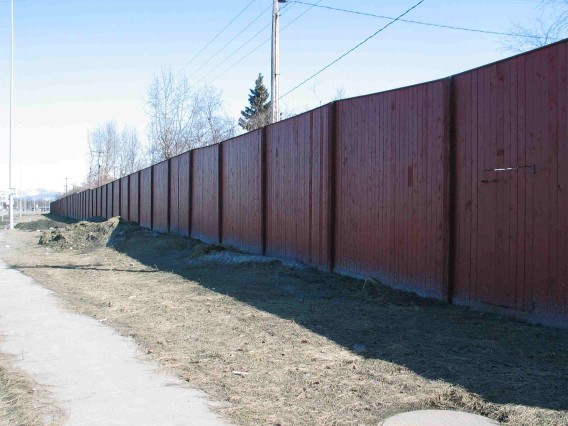 If you have comments on this project, please use the attached comment form or email the CRW contact person Rebecca Campbell at rcampbell@crweng.com
All comments should be received by May 30, 2006 to be able to incorporate into this year's design.  CRW will still take comments after that date, and will include any concerns in future work for the remaining sound barrier.

There is a Urban Design Commission (UDC) meeting currently scheduled for May 10, 2006 for the project.